The race to become the first publicly traded company dedicated to human spaceflight is over, and Virgin Galactic has won.

The company will be listing its shares on the New York Stock Exchange through a minority acquisition made by Social Capital Hedosophia, the special purpose acquisition company created by former Facebook executive Chamath Palihapitiya as part of his exploration of alternative strategies to venture capital investing as the head of Social Capital — according to a report in The Wall Street Journal.

Unlike other launch companies, like Elon Musk’s Space Exploration Technologies Corp., Virgin Galactic has focused on suborbital launches for conducting experiments and taking tourists up to space. SpaceX is investing more heavily in the development of launch capabilities for lunar and interplanetary travel — and commercial applications like internet connectivity via satellite.

Virgin Galactic was initially in discussions with the kingdom of Saudi Arabia for a roughly $1 billion capital infusion, but Virgin Galactic’s billionaire chief executive, Richard Branson, walked away from the deal in the wake of the kingdom’s assassination of Washington Post journalist, Jamal Khashoggi.

That’s when Palihapitiya stepped in, according to the Journal. The billionaire financier needed to do something with the capital he’d raised for the Hedosophia SPAC since the investment vehicles have to make an investment within a two-year time frame or be wound down.

Likely, the Virgin Galactic business made a tempting target. The company already has roughly $80 million in commitments from people around the world willing to pay $250,000 for the privilege of a suborbital trip to the exosphere.

Virgin Galactic launched as a business in 2004, two years after SpaceX made its first fledgling steps toward creating a private space industry, and was the first company to focus on space tourism and launching small satellites into orbit. The company’s commercial division, Virgin Orbit, is still competing for satellite launch capabilities.

Like most privately funded space companies, Virgin Galactic was a pet project of the billionaire behind it, with the Journal estimating that Branson has put nearly $1 billion into the company already.

The new $800 million means that SPAC isn’t the only investor in Virgin Galactic. Palihapitiya is taking a $100 million investment into the company too. In return, the vehicle will own roughly 49% of the spaceflight business as it trades on the open market. 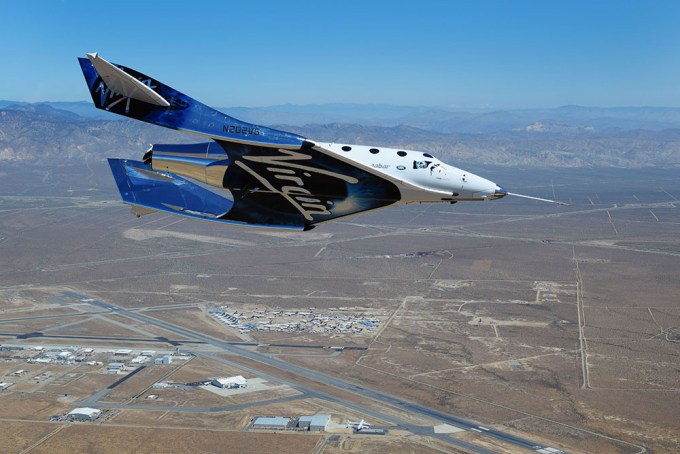 UK has ‘red flagged’ 4,600 sellers for tax evasion on marketplaces like Amazon in...

See you in Poland next week

Uber will reportedly file for IPO next month