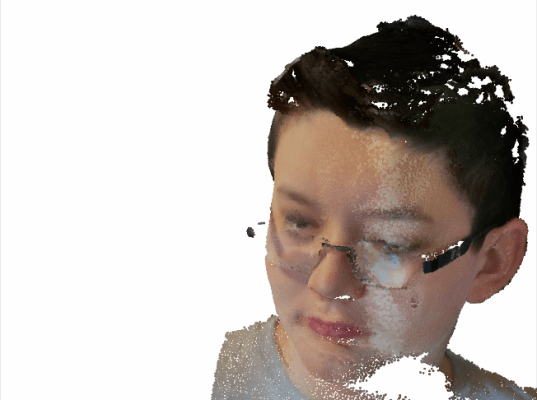 Three-dimensional modeling used to be hard. It used to require something at least as big as the Xbox Kinect to get really high-quality scans, and you needed high-powered laser sensor systems. Now all you need is your phone and Capture.

Capture is a proof-of-concept for a company called Standard Cyborg led by Jeff Huber and Garrett Spiegel. These Y Combinator grads have worked in a number of high-profile vision startups and raised $2.4 million in seed from folks like Scott Banister and Trevor Blackwell.

They launched the app on December 3 and it’s already making 3D waves. The tool, which uses the iPhone X’s front camera and laser scanning system to create a live color point cloud, can create 3D models that you can view inside the app or in an AR setting. You also can export them into a USDZ file for use elsewhere. The app is actually a Trojan horse for the company’s other applications, including a programming framework for 3D scanning.

“We are at the bleeding edge — deploying 3D dense reconstruction and point cloud deep learning on mobile devices,” said Huber. “We package up this core technology for developers, abstracting away all the math and GPU acceleration, and giving them superpowers in just three lines of code.”

I’ve tried the app a few times and the resulting scans are still a little iffy. You have to take special care to slowly scan all facets of an object and if you move, as you see below, you end up with two noses. That said, it’s an amazingly cool use of the iPhone’s powerful front-facing sensors.

“Standard Cyborg is building the API for the physical world,” said Huber. “We make it easy for developers to build 3D scanning, analysis, and design into their applications. Our Capture app is a showcase of our technology that makes it easy for anyone with a FaceID-enabled iPhone to play with the technology and share scans with their friends. Our scanning SDK is launching in January and is currently in beta with a few enterprise-level sporting goods companies.”

While you won’t be scanning your loved ones into a TRON remake with this thing just yet it’s cool to think about how far we’ve come from flailing around in our living rooms with a clunky Kinect next to our TV.

Labster scores $21M Series B to bring VR to STEM...